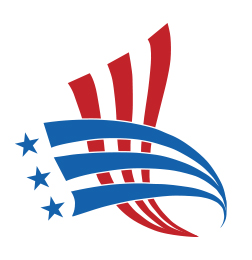 What happens when you owe money you can't pay? There are several ways it can go, depending on what the creditor decides, but one possibility is wage garnishment. Garnishment of wages means that a court (or governmental agency) orders the debtor's employer to send part of the debtor's paycheck directly to the creditor for the purpose of paying off your debt.

Basically, the creditor is cutting out the middleman--in this case, the debtor--and going straight to the source of the cash flow (that is, the debtor's employer.) The exact process varies from state to state, such as the names of the documents or various filing and response deadlines, but the general procedure is the same.

The whole thing starts long before any wages are actually garnished: when the debtor first stops (or fails to start) paying on a debt or obligation. This can be any unsecured debt (meaning the debt has no collateral), from credit card debt or student loans to taxes or child support.

Typically, a creditor will exhaust all other options before committing time and money to pursue the matter in court. The debtor will usually receive a final demand letter stating the creditor's intention to take the matter to court if not settled promptly.

All child support orders come with money judgments and collection provisions written into them (including wage garnishment), and government agencies (such as the IRS or state tax bureaus) don't need to obtain a money judgment first, so they can skip to this next step.

Collecting on the Judgment

In addition to the original amount owed, the debtor (now a “judgment debtor”) may be ordered to also pay the creditor's (now a “judgment creditor”) attorneys' fees and court costs, plus interest. It is well known in legal circles that winning a judgment is much easier than collecting on it. Often, the judgment debtor simply has no assets to speak of with which to pay a judgment. Hence, garnishing wages-- nearly everyone has at least some income.Again, the exact process varies from state to state and even from court to court, but broadly, the judgment creditor must petition the court in writing for permission to take action to collect the debt, whether by levy or asset seizure or garnishing wages. Once the court approves and signs the petition (sometimes called a request or application) to garnish wages, it becomes a Writ of Garnishment, an official court order.

It's the garnishee's job to determine “garnishable wages” for each pay period and retain the earnings as directed by the Writ, then turn the collected money over to the judgment creditor or their attorney within a couple of weeks from the pay period's close. Multiple garnishments can be issued for the same judgment debtor, but the earliest garnishment must be paid in full before the next one can go into effect so that only one is active at a time.

Garnishees who do not follow the court's instructions can be cited for contempt of court and obligated to pay attorneys' fees and court costs, on top of the fine for contempt. However, a garnishee can oppose a garnishment by filing their own motion. Garnishees are not required to turn over property not in their possession or tips that are paid directly to the judgment debtor from customers. They can also claim that the wages fall in one or more exempt categories and therefore not subject to garnishment

Distribution of the Garnished Wages

Payments from the judgment debtor's withheld wages must first be applied to accrued interest, then the judgment principal, and lastly against attorneys' fees and court costs (where applicable.)

At the end of the month, the judgment creditor has a set time in which to send the garnishee and judgment debtor a statement listing the payments received and how those payments were distributed across the interest, principal, fees, and costs. These statements are not filed with the court, but the judgment creditor must keep copies until several months after the garnishment ends, and supply copies to the court or any relevant party that requests to view them.

How Does a Tax Audit Work?

It can be very stressful when the IRS lets you know that you are being audited. Although this doesn't always mean that there is an issue, there's a good chance that you owe the IRS and will have to pay penalties and back taxes. The best way to stay on top of the situation is to get in touch with a great tax resolution company that can help you to resolve the situation. Let's have a look at what happens when you get audited.
Read More...

How Long Does an IRS Audit Take?

Every year, a proportion of the population is chosen for IRS tax auditing. If you've received a notification that you have to undergo such an audit, you might be worried about the process and how it will affect your life in the next months. But how long does an IRS audit take, and what can you expect from the process? In today's article, we will go over the different factors that affect your audit and its duration.
Read More...

What Is the Penalty for Late Taxes?

Late taxes are always bad news, whether it's late to file or late to pay. If you don't file by the tax filing deadline, you might be looking at a penalty. This penalty is usually higher than the penalty you can get from not paying your taxes on time, so even if you aren't able to pay your owed taxes by the due date, you should absolutely still file on time.
Read More...

A significant focus on tax compliance and follow-up enforcement actions might be on the horizon. We previously reported that the Internal Revenue Service (IRS) Cyber Crimes Unit had indicated its determination to enhance enforcement activity connecting to income from cryptocurrencies. Those efforts are proceeding. However, if the Biden Administration has its way, cryptocurrency enforcement will simply be the tip of the iceberg when it pertains to enhanced tax enforcement.
Read More...

President Joe Biden is proposing to double the size of the IRS, by hiring virtually 87,000 new workers over the following 10 years, as part of a sweeping strategy to chase down tax cheats. The hiring spree, part of a bid to enhance IRS funding by $80 billion, would be phased in to offer the department time to adjust, the Treasury Department said in a report Thursday.
Read More...

Payroll Taxes: What They Are, How They Work, and Why Your Business Needs Them

Everyone needs to pay taxes, including businesses and larger corporations. For most businesses, payroll taxes are the primary means of paying taxes to the government for the money earned through the business. But when a business is struggling financially, one of the first things to lose track of can often be taxes for the payroll. Fortunately, getting help from tax experts can help you recover and get your business back on track.
Read More...

What Happens If You Have Unfiled Tax Returns?

Maybe you didn't realize you needed to file a return. Maybe you did and just forgot, and now you're out of time. You've just received a letter from the IRS informing you that you've failed to pay your taxes for the last year, and now they're coming after you. However you ended up in this situation, there's no point trying to hide from it. However, all is not lost! Read on to find out how you can resolve your unfiled tax returns and quickly get your taxes back on track.
Read More...

What happens when you owe money you can't pay? There are several ways it can go, depending on what the creditor decides, but one possibility is wage garnishment. Garnishment of wages means that a court (or governmental agency) orders the debtor's employer to send part of the debtor's paycheck directly to the creditor for the purpose of paying off your debt.
Read More...

How to Get Tax Help and Avoid IRS Tax Liens

If you've been unable to pay all your taxes in the past few years, you could be facing a tax lien, which essentially gives the IRS the right to your assets, including any real estate you own. However, there is professional tax help available to avoid IRS tax liens.
Read More...

How Can You Tell When You Owe Back Taxes?

Most Americans try to stay in the good graces of the Internal Revenue Service (IRS) by paying their taxes on time, but even the most diligent of payers can fall behind on their taxes once in a while. Knowing how to tell when you owe back taxes can help you stay on top of your IRS account and take advantage of programs available to assist in paying off tax debt.
Read More...

Let's face it: taxes can be complicated. True, some people have straightforward tax situations and can save a few dollars by filing their taxes themselves, but in many more cases, seeking help from a tax professional will be the better option. If it just so happens that you enjoy and are experienced with doing your own taxes, then we salute you, but if not, then here are eight signs that it might be wise to seek professional tax help.
Read More...

How to Choose the Right Tax Resolution Services

When you're dealing with tax debt, you probably know you could use some help dealing with the IRS. However, you might not know where to turn to get the help you need. Following these tips on how to choose the right tax resolution services will...
Read More...

Do You Qualify for Tax Resolution? The Answer May Surprise You!

Not being able to pay your tax debt can be scary, especially since you've probably heard about the heavy-handed tactics the Internal Revenue Service (IRS) can use to collect back taxes. The best thing you can do if you've fallen behind in paying your taxes...
Read More... 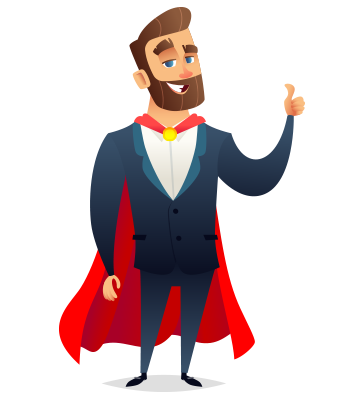